This Easy Vegan Cheesecake Recipe is as close to a traditional baked cheesecake as you'll get, but without the dairy! 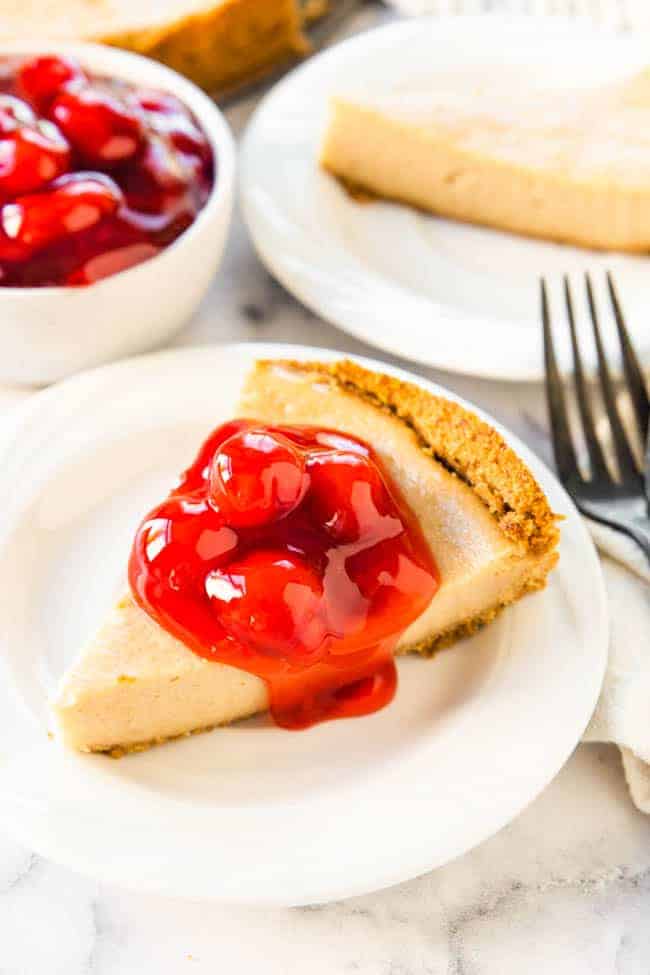 Y'all, I'm gonna be honest here. I 100% didn't think I could do a vegan cheesecake recipe for you.

At least not the way I wanted to.

I've had my fair share of vegan cheesecake recipes, and it seems like the majority of them require to stay cold and frozen, or else they'll become a melty mess once they come to room temperature. That seems more like a vegan ice cream cake of sorts, if you ask me!

I just knew there had to be a way to create a vegan baked cheesecake just like we grew up with. No weird nut-crust. No need to eat while frozen. And definitely no tofu!

Everyone loves a traditional graham-cracker crust base, so I knew I wasn't going to waiver there. Although, you'll quickly see that instead of butter, I did use coconut oil. And to sweeten it up, I used my favorite nutty coconut sugar. Feel free to use whatever granulated sweetener you like.

But yes, the best part about this easy vegan cheesecake is that we're starting with a solid and familiar crust that just brings it all back home and to the basics.

Then you're met with a creamy texture of the cheesecake filling.

I'm thrilled to say that I think I've cracked the code on the best Vegan Cheesecake Recipe ever! Woah! 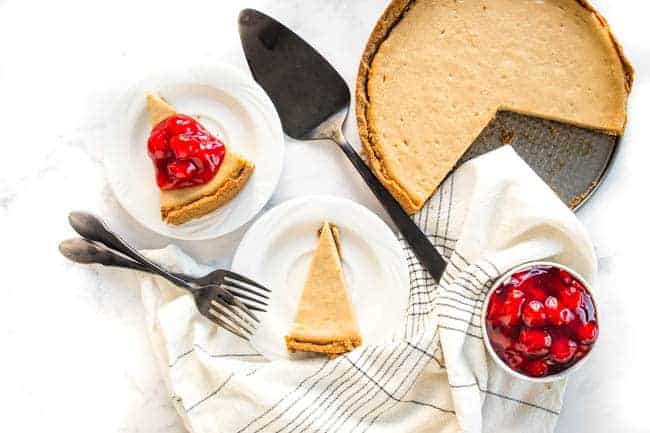 Cheesecake is generally made with cream cheese, eggs, and heavy cream. As vegans don't consume animal products such as these, no, vegans don't eat cheesecake. But this recipe is absolutely suitable for vegans, as it's made from all plant-based ingredients.

Is cheesecake a pie or a cake?

I mean, really does it have to be either? I definitely don't consider cheesecake to be a cake. Cake is more bread-like. Springy to the touch. And then pie - well, I'd consider a pie to generally be a pastry filled with a fruit, custard, or pudding, and often topped with more pastry. So definitely not a sort of pie. So no, I couldn't classify a cheesecake as either a pie or a cake. I'd classify it as a... well, I'd classify it as a cheesecake!

Yes, free from dairy, gluten, soy, eggs, peanuts, fish, and shellfish, it is safe to say that Daiya cheezecake is vegan. For a deeper look, here is a peek at all the ingredients:

But honestly - look at all those ingredients that are questionable, hard to pronounce, and you probably have no idea what they are (I know I'm confused!). This is why I choose to make my own vegan cheesecake!!

What is vegan cheesecake made from?

This specific cheesecake has a base of cashews. But let's break down all the ingredients in this baked cashew cheesecake recipe.

Now that you know how simple the ingredients are, let me tell you how easy they all come together.

It couldn't be any easier! 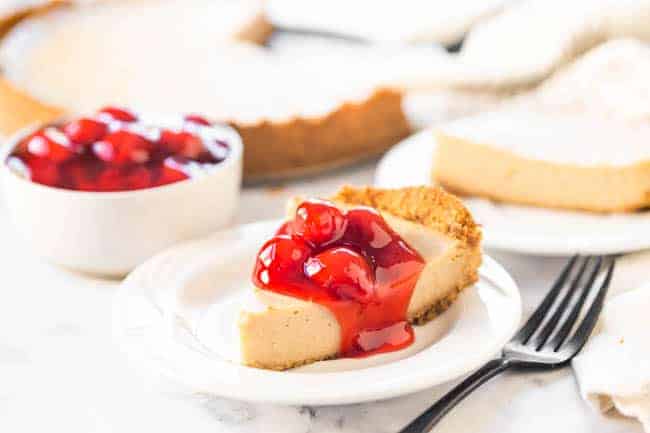 LOOKING FOR OTHER VEGAN DESSERT RECIPES?

NOW THAT YOU KNOW HOW TO MAKE A VEGAN CHEESECAKE RECIPE, IT’S TIME TO SNAP A PIC AND LOAD IT ONTO INSTAGRAM (TAGGING ME OF COURSE @HAPPYFOODHOLLY) SO I CAN SHARE YOUR CREATION!

For quick-soaking method on the cashews: Simmer cashews on medium high in a small saucepan for about 15-20 minutes until softened. Drain and use as directed in the recipe. 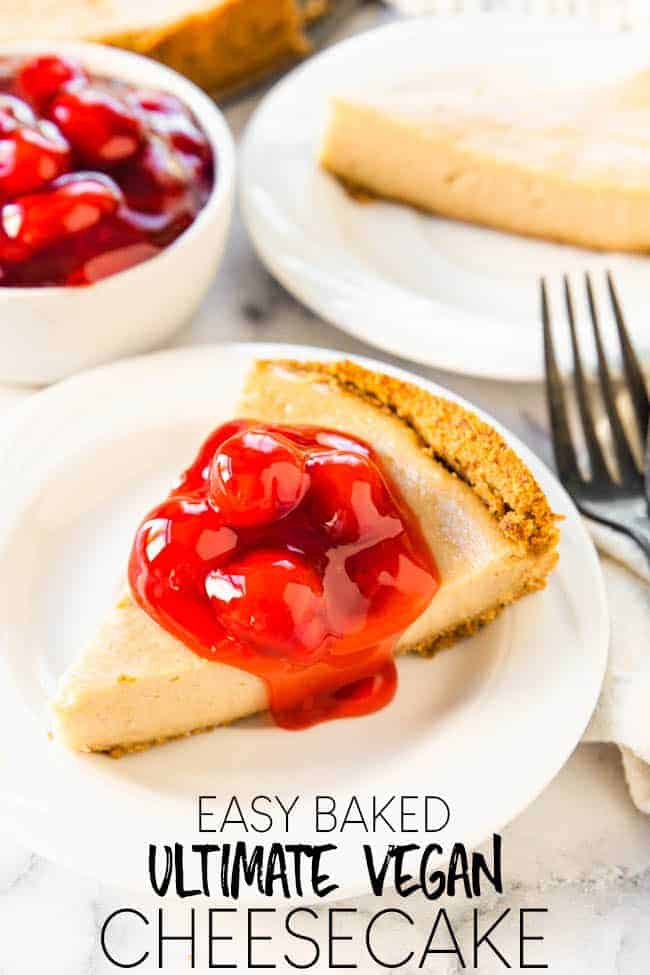