VEGAN ICE CREAM CAN TOTALLY BE CREAMY, YUMMY, AND REFRESHING ANY TIME OF THE YEAR. AND WITH THIS RECIPE, YOU CAN MAKE IT HAPPEN IN ONLY 3 INGREDIENTS AND WITHOUT THE USE OF AN ICE CREAM MAKER! 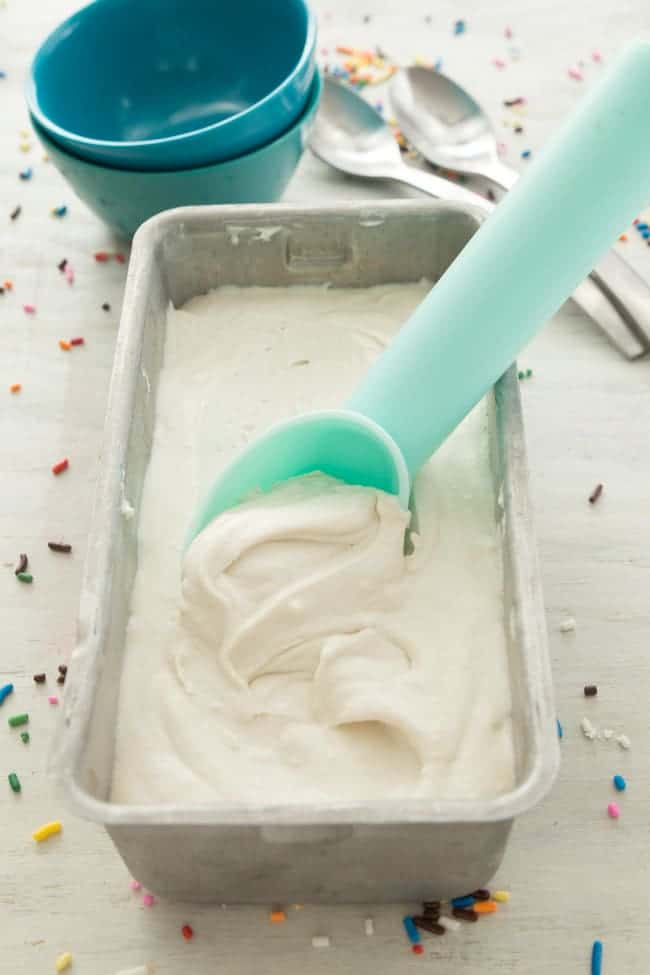 Vegan ice cream has been somewhat of a journey for me over the years. I’ve probably made 10 different versions of dairy-free ice cream, in hopes of discovering the best method. They’ve all been different in their own way. Some overly icy. Some hard as a rock. Some the flavor was off. Some grainy. Some that had to be dumped down the drain.

But of course, some of them were yummy and creamy and all around made me forget that they were not made with actual cream! 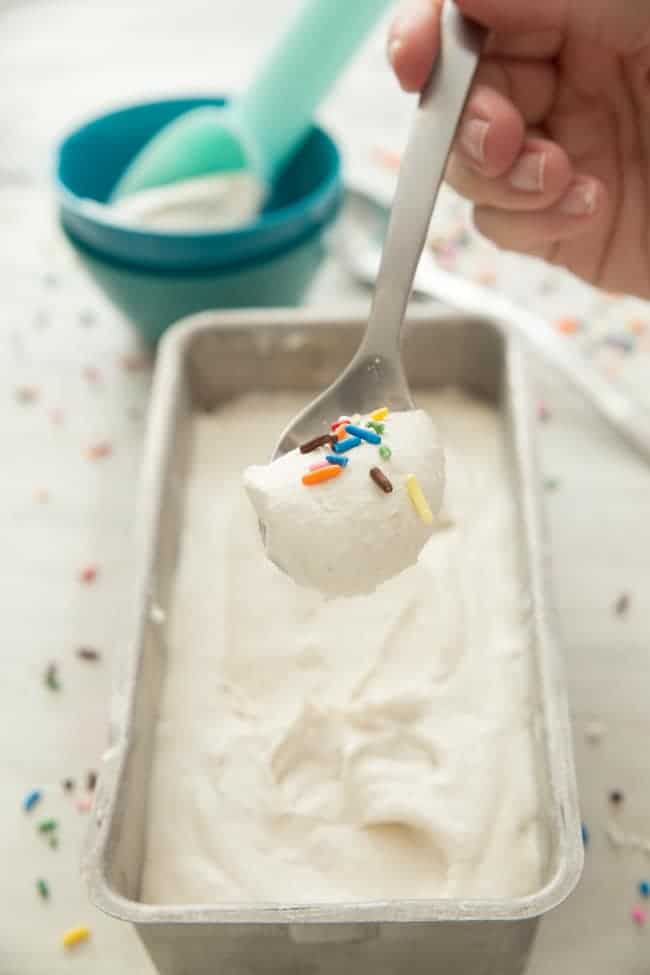 Let’s talk about some of the methods I’ve tried:

One thing I didn’t like about these methods was the use of the ice cream maker. Sure, it’s a fun gadget to use, but can I tell you how many times I wanted to make and eat ice cream right away only to realize that I didn’t have the darn ice cream bowl frozen and ready for me? 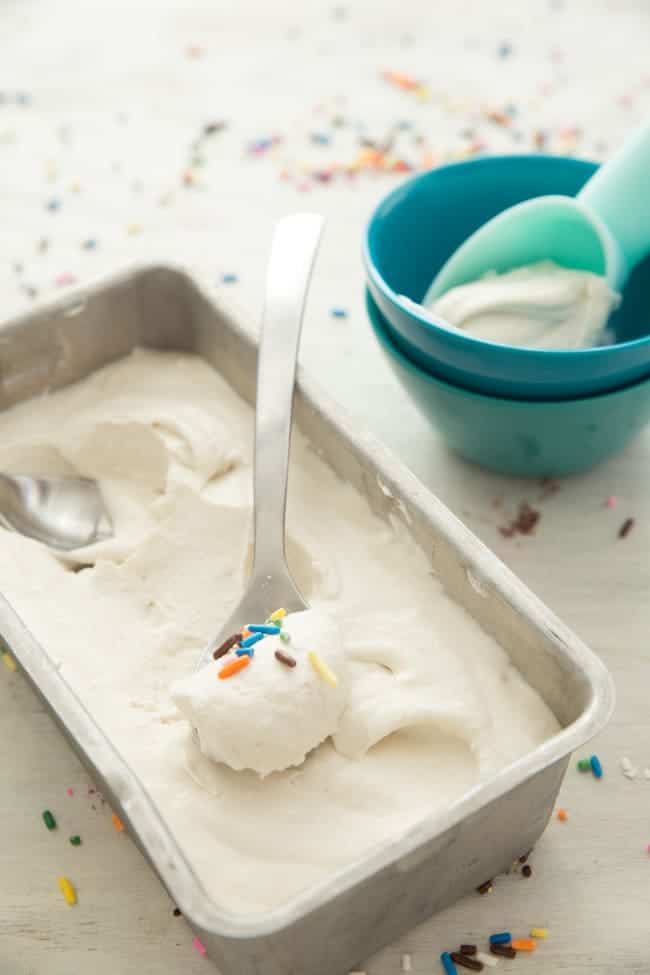 So let’s talk about why this Vegan Ice Cream recipe is a billion times better.

#3 – only 3 total ingredients! (4 if you count the vanilla extract)

Sure, it has a coconut-y flavor. But you could totally cover that with other add-ins (which believe me, I will be doing!)

The possibilities are endless!

There is a little bit of prep for this recipe, such as making sure you have 2 cans of coconut milk refrigerated ahead of time (the 3rd can for the vegan condensed milk doesn’t need to be cold). Plus making the sweetened condensed milk, but that doesn’t have a lot of hands-on time and you can make it up to a week ahead and just have in on hand for when you’re ready to get your ice cream on!

You have got to make sure your vegan ice cream game is on point this summer, and the best way to do that is by making this recipe. You will not be sorry!

Make sure to bookmark this recipe to your browser so you’re ready to go!

Ice cream can be enjoyed immediately, but I find it to be perfect after being frozen for 1 hour. More than a few hours and you will have to let the ice cream sit for awhile and thawing before serving. 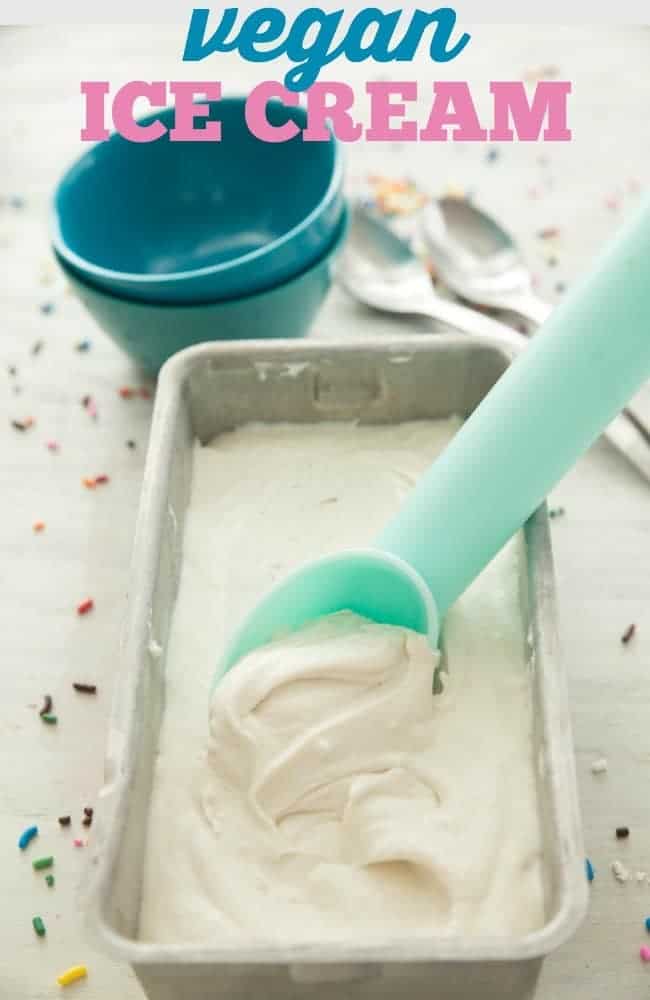