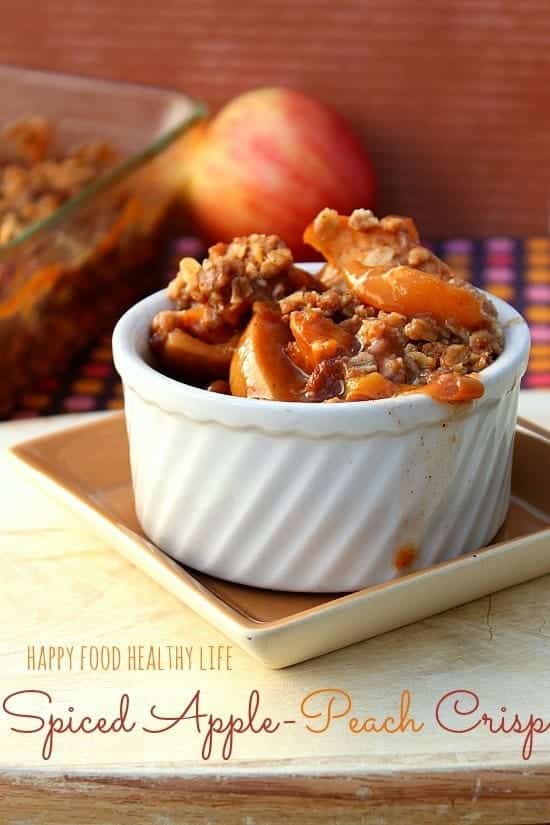 The other day, I talked about breaking seasonal blogging rules when I posted my Blackberry Cheesecake Bites in the middle of September. I warned you that I had peaches. I had bags of them. My aunt brought them right from her peach tree at the end of the summer. How wonderful!! But I wasn’t sure what I was going to do with them. I’ll be honest, a few made it right into our mouth, but the majority of them got sliced and frozen for that mid-winter craving for summer flavors like a Blended Peach Margarita …. oooooh, I could go for that right about now.

The truth of the matter is that summer has officially ended. I feel like I missed so much of it because we were focused on getting and staying pregnant since about June… and in a blink of an eye, here we are. At the beginning of Autumn. Although I do have peaches, I couldn’t go completely against the grain of the seasons. So I decided to spice things up. Everyone does a peach cobbler, crisp, crumble sort of situation. I wanted to switch it up a bit. I thought, why not grab a couple apples and use some of those wonderful autumn spices that we all love because they make our homes smell delicious!

On top of this recipe going on in my head, all weekend I was craving whiskey, one of my many drinks of choice (among coffee, wine, beer, and of course H2O). So it only seemed natural when I started putting the ingredients together in my head that I transformed a summery crumble situation into a spicy dark fall-flavored situation with a bit of alcohol. This was definitely something I could get into! Of course, the whiskey will all bake out. This isn’t a dessert you or your kiddos are going to get drunk off of, but if you aren’t comfortable with the liquor, just use water – not a big deal. The flavors just won’t be quite as deep and dark, which was what I was going for.

Places I would want to enjoy this crisp: A Halloween Potluck. Thanksgiving Dessert. Christmas Eve around the fireplace. Every Sunday evening for the rest of my life.

Seriously you guys. If you have any peaches left, make this happen. Hell, you might even just want to grab some canned peaches and improvise because it’s THAT worth it!

And don’t forget your scoop of vanilla … like I did… 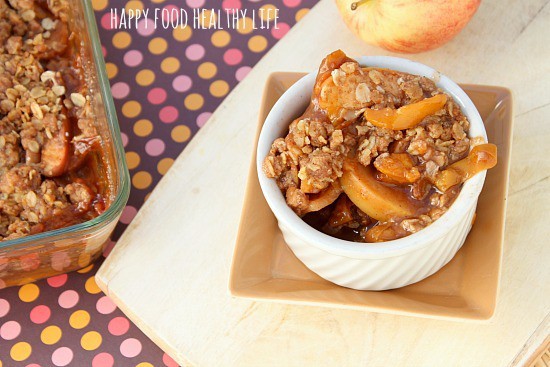 this recipe was featured on Six Sister’s Stuff 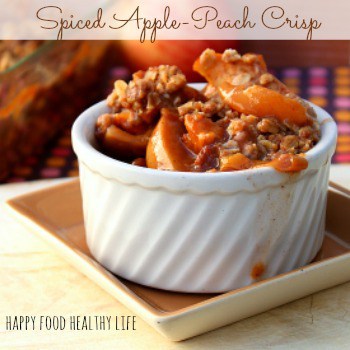