Bring your adult taste buds to the table and enjoy this sophisticated and refreshing dairy-free ice cream. 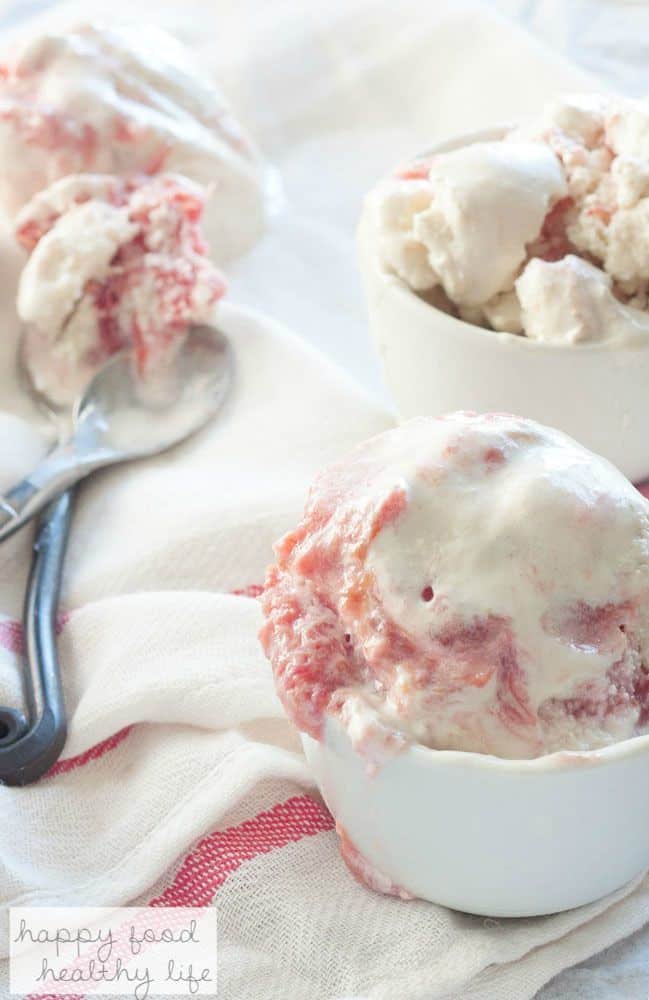 You know how when you scoop out a perfect bowl of ice cream, get all settled in on the couch and are ready to watch your favorite show, and then all of a sudden the little kidlet snuggles right up next to you, looks at you with those puppy-dog eyes and you know you have to sacrifice some of your treat? Serious buzz kill right there! I don’t mind sharing average food, but when it’s something I’ve been looking forward to, I’m always a little hesitant to want to share.

Thankfully, I have the answer that you can tell your children next time they come begging for a bite.

First of all, you’re going to make this ice cream, scoop yourself a perfect bowl, and then when they ask if they can have a bite, you kindly tell them, “I’m sorry, this ice cream is made specifically for my adult taste buds, and you probably wouldn’t like it.” 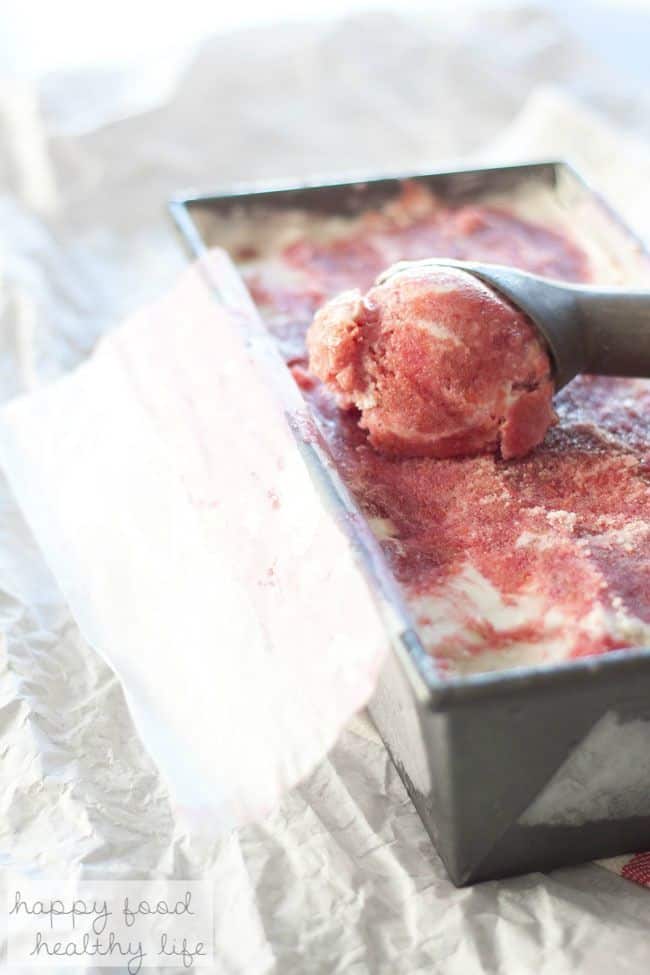 I am in no way, shape, or form saying that this ice cream is bad. It’s just not your average chocolate, vanilla, or strawberry. Let me explain.

As you should know by now (because I talked about it here and here), I went to Portland, Oregon almost 2 months ago, and had a trip of a lifetime. It was for the Indulge Food Blogger’s Conference, so of course, what did we do? We ate around the city!

One of our very first stops was an ice cream shop that we had heard about before we had even reached our destination. Salt and Straw had been recommended to us by friends, other bloggers, and then locals once we got there, so the expectations were high. So day one, we set out to walk there. I don’t think any of us realized just how far the shop was on foot from our hotel, but I for one was happy to get in the exercise, knowing I’d be indulging all weekend long. (according to my Jawbone Up24, I’m pretty sure I put in 16,000 steps that day!) 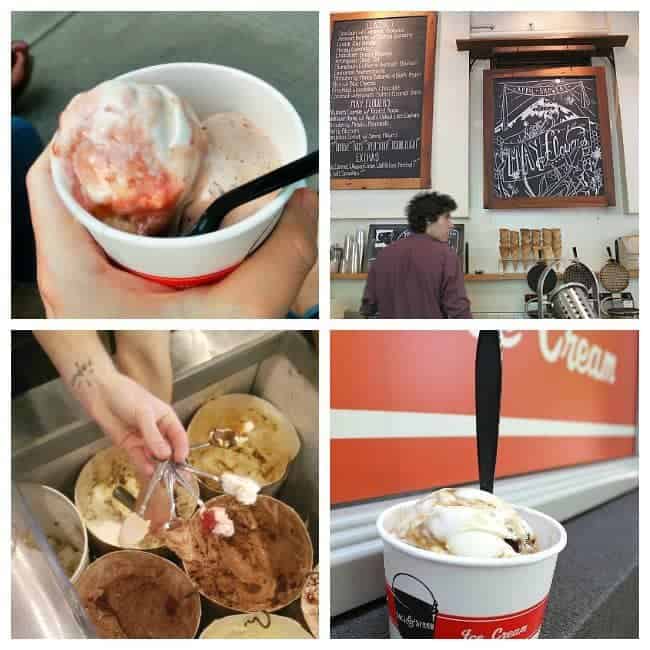 So once we got to Salt and Straw, we were pleased to see that there was no line like there had been in all the pictures I had seen. We were immediately greeted by one of the most friendly and sweet girls that worked there, and she was ready to serve us to our hearts’ contents. Basically, we could sample any and everything on the menu. Seriously. She told us to try as much as we wanted.

And it wasn’t just your classic plastic tester spoons. No. We were each handed cute little antique metal spoons and got a new one for each flavor we wanted to try. I know it’s just a spoon, but it sure added to the cuteness of this shop. 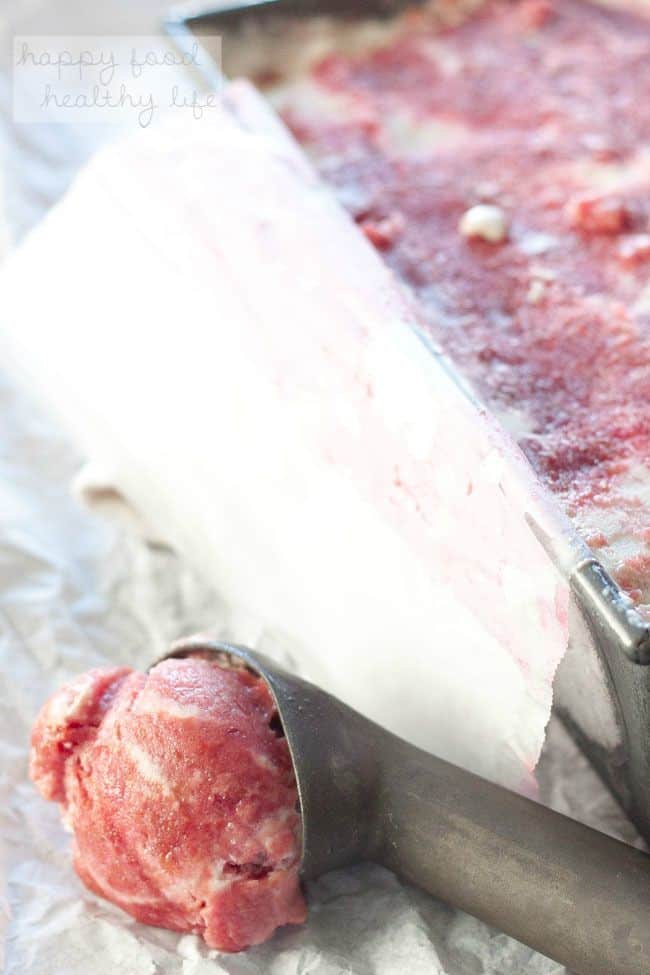 So I basically tried half the menu before deciding that I needed a scoop of Coconut with Petunia’s Salted Caramel Bars in my life. But that was not an easy decision. Let me list off some of the new adventurous flavors on the menu:

Yes, Blue Cheese ice cream! These flavors all sounded so out there, but my goodness, they were out of this world aMAZing! 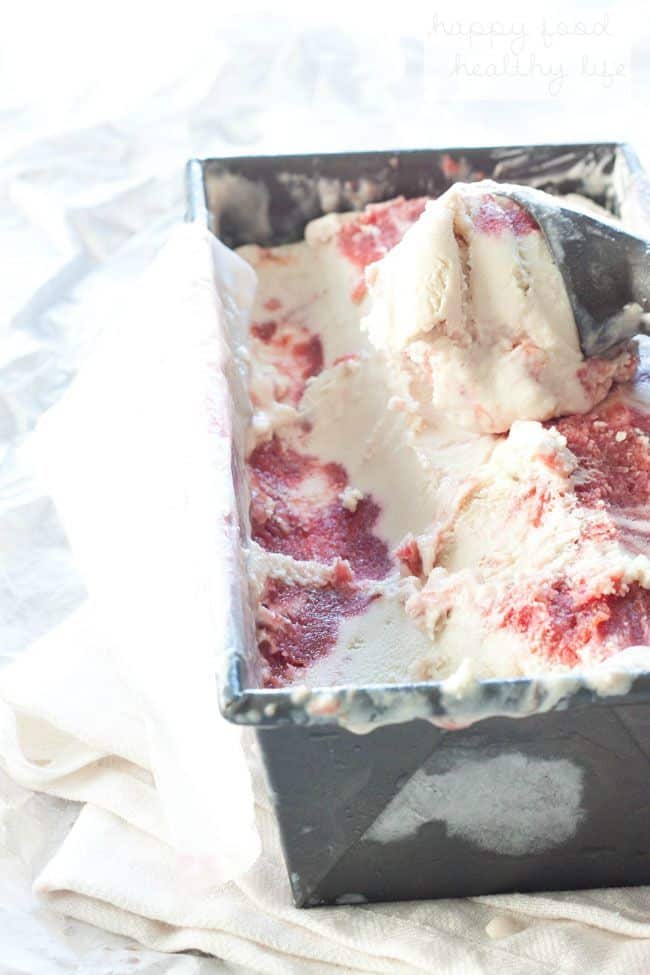 So amazing, in fact, that on our last day in Portland, we had to go back for one last visit before saying goodbye to such an amazing city. This time, the shop was hopping, and I am quite certain it was the scent of homemade waffles that was drawing people in through their wide open windows! In my mind, I thought we would probably be hurried through the line and wouldn’t be able to sample as much as we had our first time. I was completely wrong.

Despite the line that wrapped outside and all around the building, we were still given special treatment. Silver spoonfuls of anything we wanted to try off the menu. I didn’t know if there was anything on the menu that would wow me like the last scoop I got, so I almost settled for that again. 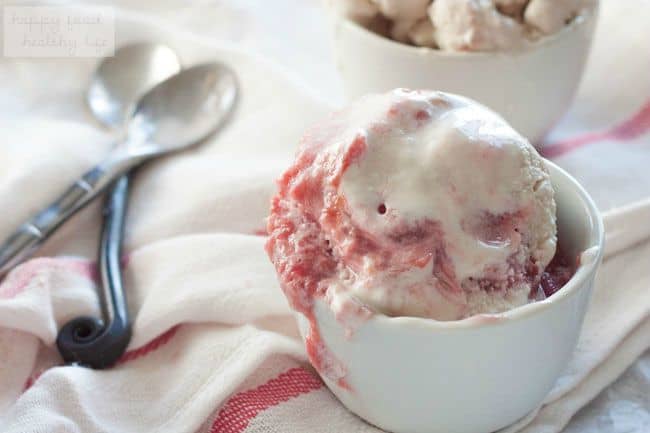 Seriously, the next silver spoonful that I put into my mouth was a life-changing bite. And one I almost missed out on, but I was feeling adventurous. Rhubarb Crumble with Toasted Anise.

See, I don’t really like fruity flavors in my ice cream. I’m more drawn to the caramels, chocolates, cinnamon, and nuts. But I do love anise. I am one of the rare weirdos that love black licorice, so I was definitely intrigued. Although still super skeptical of the rhubarb.

But Oh.My.GAH! There are no words. The rhubarb was light and sweet, and paired with the creamy ice cream and just a tiny note of the anise flavor… HEAVEN in every bite, let me tell you! What I loved the most is that the anise wasn’t overpowering. So if you don’t like black licorice, that shouldn’t deter you from trying this out. You taste something in the background and just think, hmmm, what is that? Another layer of sophisticated yum, that’s what!

So I knew I had to make this at home as a dairy-free version, and although I didn’t think it would quite meet up to Salt and Straw’s scoop, I was so excited.

But when I took that first bite, I was instantly taken back to that amazing weekend with some of my best friends. 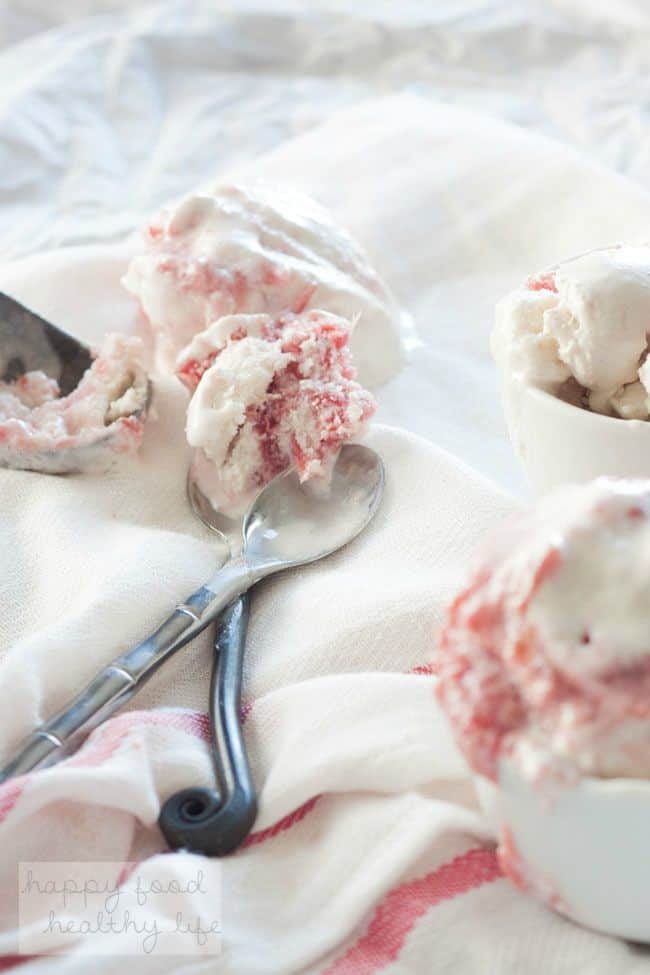 So that’s that. The secret to both my happiness and keeping your kids’ hands away from your ice cream.

[Tweet “Get daring and adventurous with your ice cream in this scoop of sophisticated deliciousness!”] 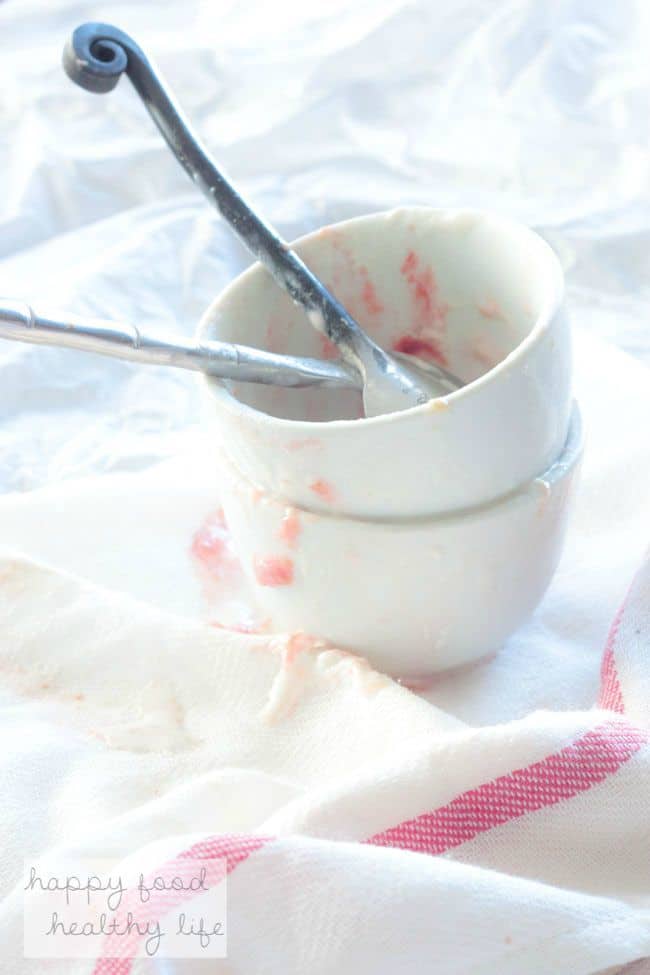 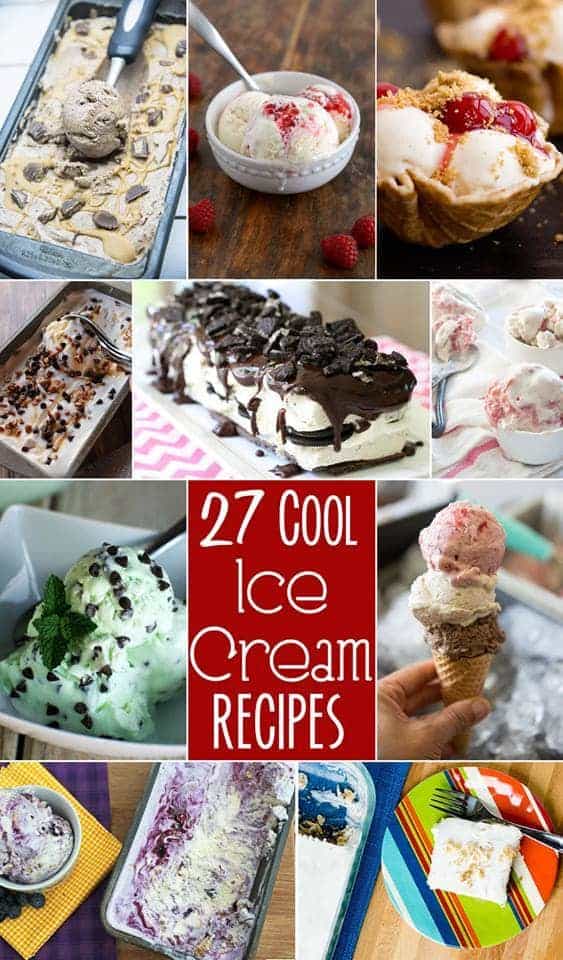