This Raw Lasagna is a super easy, super fresh, raw version of your favorite pasta dish. 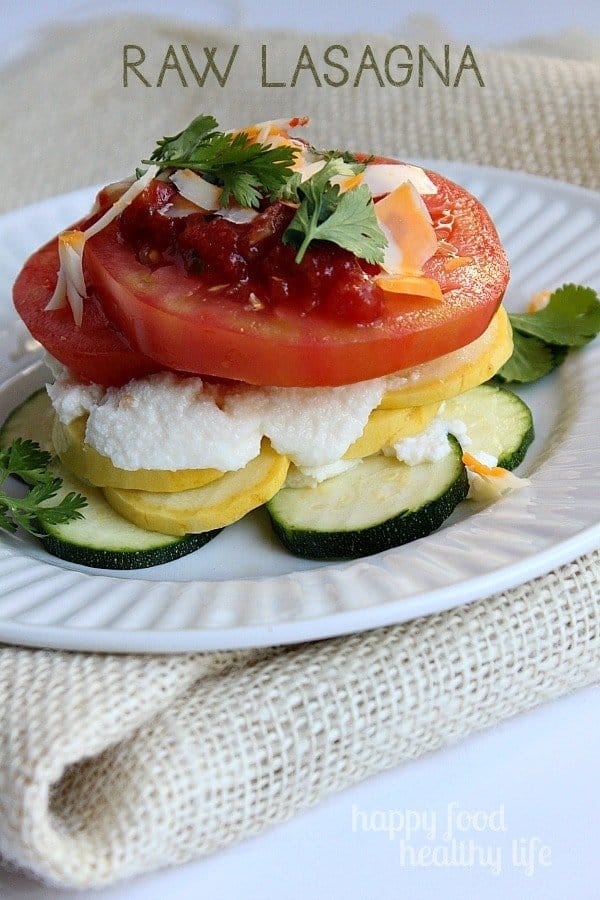 I’ve now been a military wife for about 6 months now. I don’t love it. It’s definitely not at all what I expected it to be. For one, it’s about a million times harder to be away from my spouse for this long than I thought it would be. Secondly, after watching Army Wives, I was hoping for a lot more camaraderie, but really I know only a handful of military wives and totally don’t feel in the loop. TV Lies.

Being a new military wife, I’ve learned a lot of things. If any of you have spouses that are gone for long periods of time, you know that there are some definite pros and cons to the situation.

• Having no one to warm you up when it’s freezing outside. (my wife is my heater!)

• Hearing random noises in the house and automatically assuming that someone is trying to break into your house and has plans to kill you.

• Having to change tires, take care of oil changes, deal with leaky pipes, and all the other things that inevitably go wrong with the house or vehicles while they’re gone.

• Getting to wear as much of the really comfy, yet 0% sexy, underwear that you want.

• Getting to flex as much as you want after your workout without worrying about (a) getting made fun of, or (b) getting pulled into bed

• Getting to eat whatever you want without any argument from your spouse.

Let me tell you about that last one. One of my favorite combinations of food is zucchini, yellow squash, green peppers, and tomatoes. That is perfection in my mind. Unfortunately, not my wife’s idea of a good time. So I had to stop making it for quite awhile in the last few years.

Today’s recipe is an ode to cooking whatever the hell I want. It’s an easy one-person meal. It’s definitely the epitome of health food, so if you’re significant other isn’t into that sort of thing, you’re going to want to take advantage of this meal when you’re all alone. I try not to eat a lot of pasta, because it doesn’t really agree well with my stomach, and I just generally don’t feel awesome when I eat it. But lasagna is one of my favorite foods ever. And then there’s the whole having to turn on the oven situation and let it cook for at least an hour, which just isn’t conducive to these hot Utah summers.

So when I happened across this raw lasagna, I knew I had to make it happen. It’s something I could make in minutes. It’s full of my favorite veggies. And I didn’t have to worry about heating my entire house with the oven on! I knew this would be tasty, but You.Guys! No, really, stop being skeptical. I was for a minute. And then I took a bite. And then I proceeded to inhale the entire plate within just a couple of minutes. If you’re into fresh food, this raw lasagna is it for you! 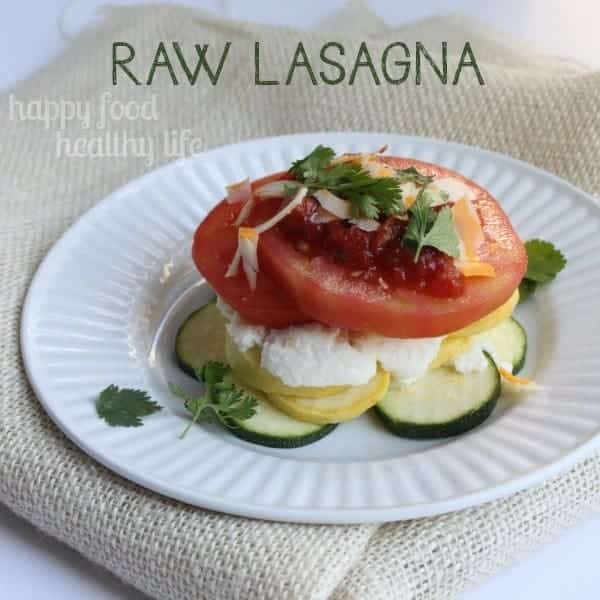