This Peanutty Coconut Vanilla Ice Cream with Fudge Ripple is the Best Non-Dairy ice “cream” I’ve ever had. And to swirl it around with my favorite chocolate and peanut butter mix-ins ever… Perfection! 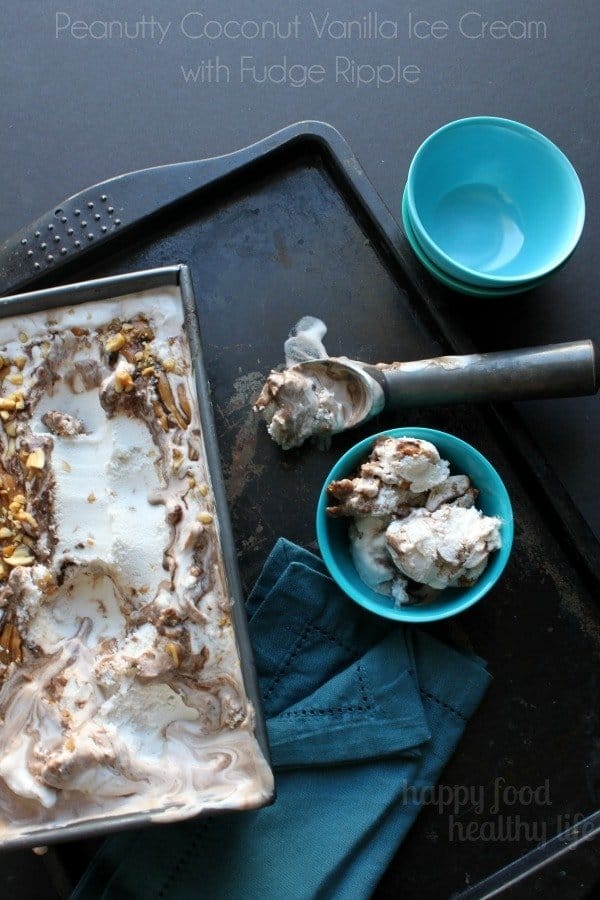 I mentioned on the Facebook that I had been inspired by frozen treats when I was brainstorming recipes a couple weeks ago. Well, get ready, because this is where it begins, and holy peanut butter chocolate batman! This one is the best way to start.

I don’t know about you guys, but it’s hot out. Like can’t-sleep-because-there’s-no-cool-spot-on-the-sheets hot. So hot that I almost lost my mind trying to photograph my trio of frozen recipes for you. I don’t know who told me that would be a good idea to shoot all three frozen recipes in a row, one right after another. The completely melty-ness of the situation was so frustrating. This was my first photo shoot of the three, so I didn’t want to throw things at this point, but I’m just hoping my frustrations with the hot sun don’t show through on future frozen treats this week. 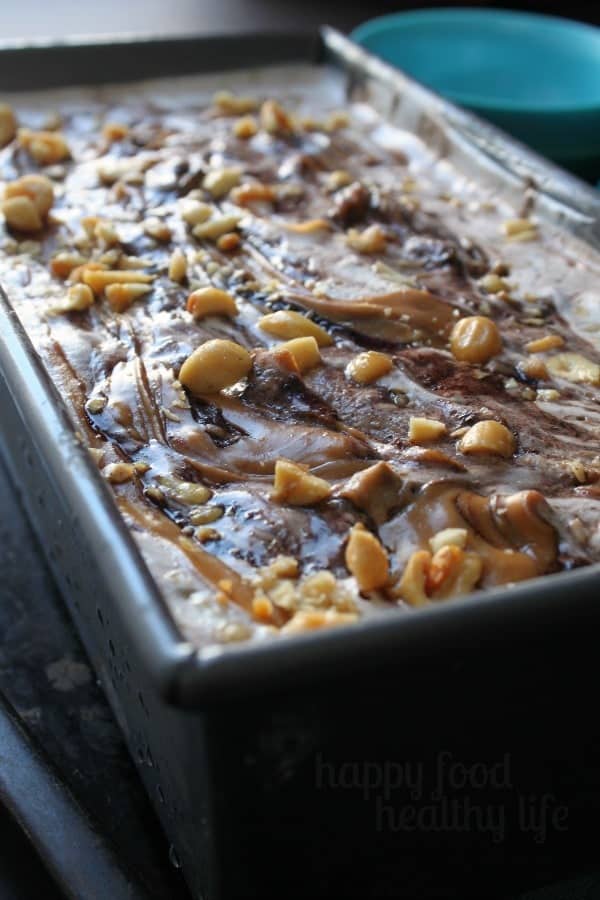 With frozen treats, there’s so little time to even attempt to be creative. You have to have it all set up and ready to go. You have to know what you’re doing, get in, and get out. No playing with fancy settings on the camera to try something new. Just stay with what you know and get the heck outta there.

Good thing no creativity is needed for this ice cream. It’s pretty much stunning on its own, if you ask me!

So let’s talk about it.

I’ve tried making non-dairy ice cream more than once. I tried using coconut milk from a carton, like the kind you would buy to drink. That just came out weird and never really set up. I also tried it using lite coconut milk from a can. Turned out too icy without that needed fat content. I’m pretty sure in the past there was some experiment with a tofu-based ice cream. Dude, I don’t know what I was thinking.

But I do know one thing. I finally got it right this time! It’s perfect. Using the full fat coconut milk from a can and sweetened with vanilla soy creamer. I was so nervous it wouldn’t actually set up though. I was watching that ice cream maker like a hawk while it was churning away. I felt like it was taking forever just to set up. And finally it happened. It got to the point where it was thick. It was creamy. And I got the spoon and started nomming. I was immediately in googly-eyed-love with this coconut milk ice cream!

And what I love best is that it doesn’t taste so much like coconut. Yes, I know that’s a weird thing coming from my coconut-obsessed mouth, but I was happy that it would make the perfect base for so many different types of mix-in combinations in my NEAR future! 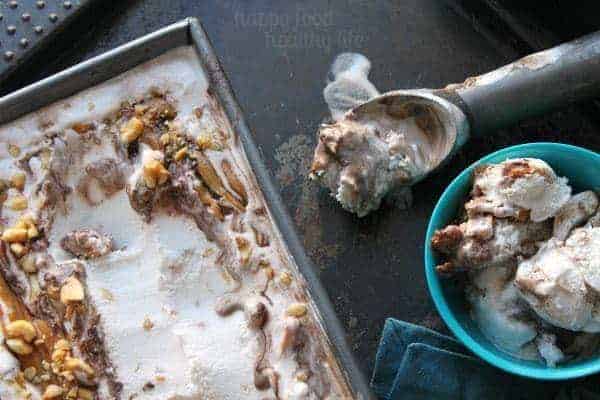 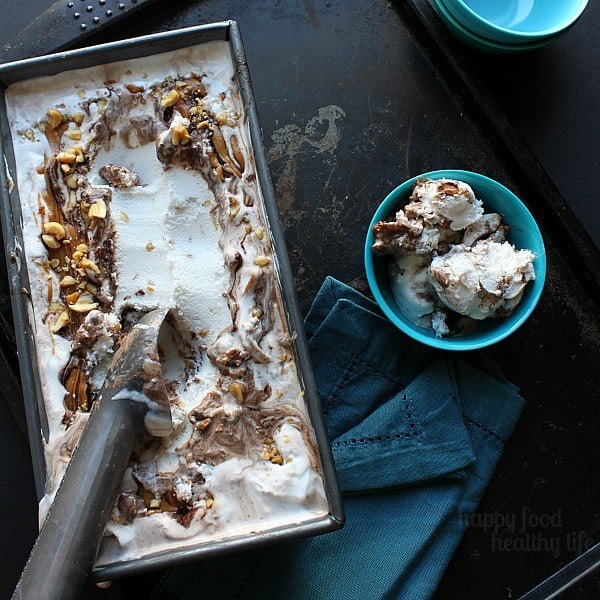