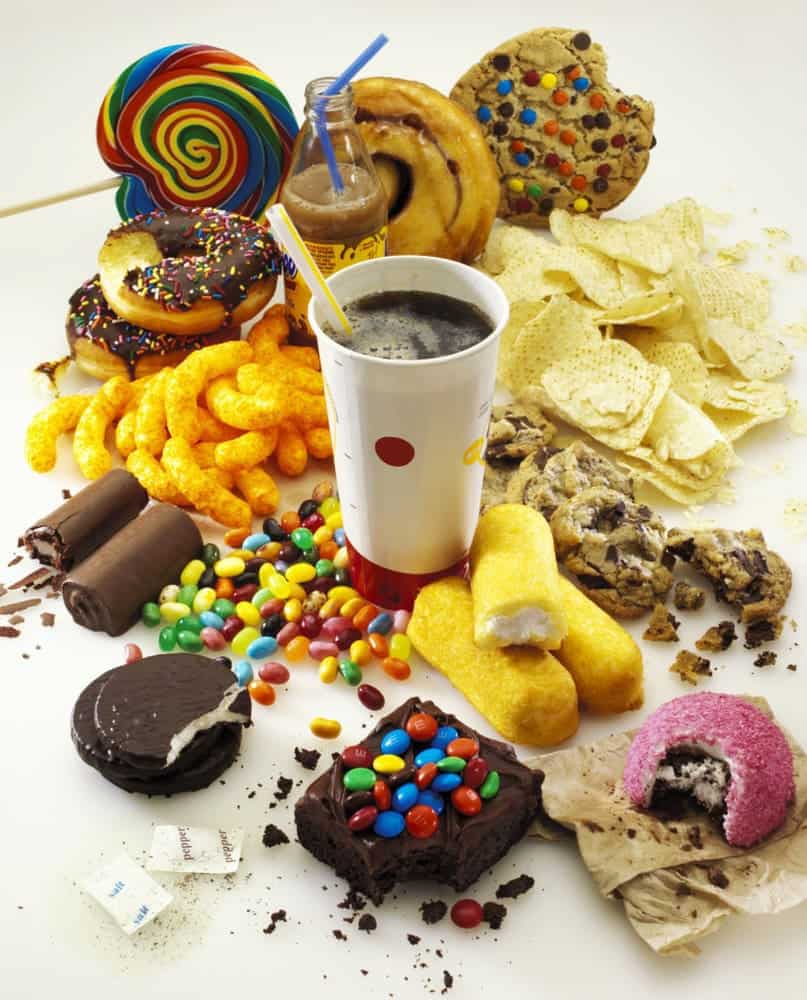 Chances are, if you’ve ever dieted or restricted your calories in any way, shape, or form, you’ve had moments of “weakness” where you just break and end up eating everything and anything you can get your hands on.  You know what I’m talking about.  You’ve been on a diet that tells you, ‘No, you can’t have any sugars or fats, and especially no ice cream!’  What is the one food you start craving and fixating on the most?  Yup, it’s that damn ice cream.  Every commercial seems to be advertising ice cream.  Maybe you even start dreaming about ice cream.  What’s the first food you think you’re going to cave in and eat tons and tons of?  Yes, a scoop or twenty of that deliciously creamy ice cream that has been taunting you for weeks.  Or if you’re anything like me, you’ll say screw the bowl, just give me a spoon!  Again, this is one major reason why I’ve said no to restricting any foods.  If you’re not restricting anything, you never feel deprived, thus, you shouldn’t have any reason to binge on anything.

Story time.  I’m going to paint a very real picture of the starving/binging cycle for you.  It’s not really a pretty one, but it was a reality for many years in my life, and chances are, there’s someone out there who can possibly relate.

So I had gone about four or five days consuming nothing but diet coke, coffee, and sticks of chewing gum.  The cravings were getting pretty intense, and I just couldn’t shake them.  I was fixated.  I knew I couldn’t go another day without eating, but my mind worked in the way that if I was going to be “bad” and break my four days without food, I was going to make it worth it and eat everything I had been craving.  Every time I did this, I bought the same foods.  My binging foods.  Foods that, to this day, I am still a little bit afraid of, and I rarely ever buy them.  I walked over to the grocery store and put into my basket the following: six glazed donuts, a can of Pringles, a box of Little Debbie swiss rolls, a carton of ice cream, and a tube of cookie dough.

I walked back to my apartment with so much anxiety and anticipation.  I couldn’t get there fast enough, but I was really scared of the next half an hour or so.  Because yes, this was all going to be consumed within about half an hour.  I knew I was going to be in a lot of physical pain after this.  I knew emotionally I would be a wreck.  But I was excited to fulfill my craving.

So I did it.  I ate at least half of everything I bought.  I remember laying on the floor of my apartment in so much pain.  I literally thought my stomach was going to explode.  All I wanted was to fall asleep on that floor and wake up not feeling so full.  The satisfaction of eating those foods was so temporary.  It was good for the first bite, but after that, it just turned into a manic behavior where I just wasn’t sure I’d get enough.

Now, this is an extreme case of binging, but the thing is, it’s real, and it happens, to some degree, all the time to many people, due to their diets and restrictions.

How Can I Overcome the Cravings?

Maybe you don’t go all out and go on a major binge like I described, but the thing is, many of you are probably on some sort of diet or at least think of some foods as bad foods.  Or maybe you just come home from work and all you can think about is that bag of potato chips in the pantry, and it’s calling your name.  There are a few tips I have that might help you curb your cravings:

Sure, those are some good ideas, but do you want to know my real advise for you if you’re having a craving to eat something… or lots of somethings?

Yup, that’s what I said.  Just do it.  Just give in.  Indulge to your heart’s content.   If you don’t, you are going to drive yourself crazy thinking about ice cream and potato chips all day long.  Get it out of your system.  Eat all those foods you’ve been depriving yourself of. Don’t leave one craving untouched!

You have to do this with a specific intention in mind.  Eat, eat, eat all you want.  But do it with the mindset that once you are done with this indulging, you are going to start making a change.  You can’t put yourself through this any more.  You can’t sit there driving yourself crazy over all these “bad” foods.  What’s the point?  You’re going to cave in eventually and eat them anyway (unless you’ve got some serious self-control, which I do know some of you probably do).

So you have to tell yourself that something’s got to change.  You’ve got to start incorporating more exercise in your life so you aren’t feeling so bad about eating the foods you want to eat.  You’ve got to stop depriving yourself of the foods that make you and your tastebuds happy.  Because this cycle of deprivation/binging really simply just sucks!  There is no need to live a life this way.

And you can start making changes right away.  Well, it depends how much you’ve indulged… But as soon as you feel you can get up and move, why don’t you head over to the gym?  Or pop in a quick 20 minute workout.  Or take a walk around the neighborhood.  Do something that will make yourself FEEL good!  Otherwise, you are going to lay there and sulk in your food.  And you’ll probably just eat the whole rest of the day thinking that you ruined the day already, so in your mind, you might as well just keep it going.  It doesn’t have to be that way!

The point of this is not to tell you to eat a ton of unhealthy food that are going to make you gain weight.  I’m not looking to get a bunch of hate mail telling me I’m crazy and that no one in their right mind is going to think this is a good idea.

What I’m telling you is that you have to start somewhere.  Get your mind used to saying yes! You’ve been telling your cravings no for so long.  Isn’t it time you start saying yes?  Saying yes to satisfaction.  Yes to no more deprivation.  Yes to no more bad relationships with food.  Maybe this next craving is the place for you to start.  The next one you get, just do it!  Yes, I will have that ice cream I want, because  dammit, that’s what I want!  And then I’ll go to the gym in a little bit, and I won’t feel nearly as bad about it as I would have otherwise.

Your body is worth saying YES to!