This Cinnamon Honey Almond Fruit Spread is the perfect spread for your apples. An amped-up version of your classic Almond Butter, sure to delight kids and adults of all ages! 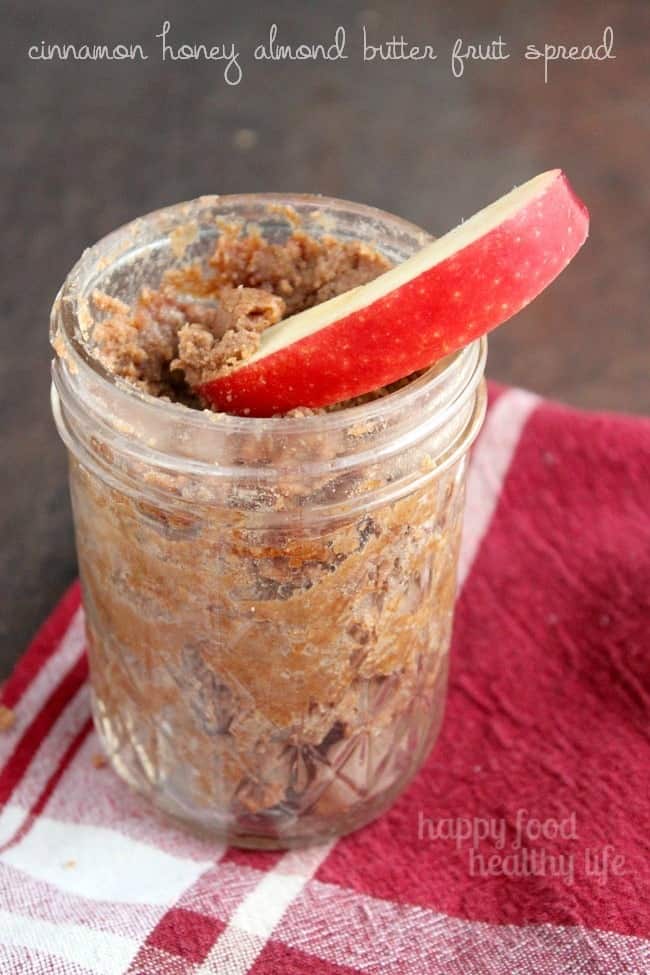 As a mom, one of my biggest struggles is getting my son to eat the foods that I would prefer him to eat. Those foods that I prefer would almost all be from the produce section, health food section, or bulk foods section. There wouldn’t be a whole lot of foods that came out of a box or a shiny wrapper. But of course, it’s not all that easy where there are packaged goodies with cartoon characters saying “Buy Me,” competing with me.

When almond butter first started getting big a few years ago, I thought maybe I would give it a try on Mr I-Only-Want-Sugar. The first mistake is that I told him what it was. I told him that I found some Almond Butter and that it tastes a whole lot like Peanut Butter and he should give it a try. I think there was a teeny tiny bit of a lick that happened, and that was enough for him to decide he wanted nothing to do with this new spread. So Almond Butter has forever been tainted.

I’ve tried making it myself and telling him I make almond butter better than the stores do. That didn’t work. The problem was that I was still calling it by the same name.

So last weekend, I decided to make a bit of an amped up Almond Butter with the addition of cinnamon and honey. These are two ingredients that my son loves, so I was sure it would be a hit – but only if I played my cards right! So I put everything together in the blender, and my new spread came together in about 2 minutes. I tasted it, and I just knew this was a winner.

And now it was time to test the munchkin. This is about how it went:

seconds after that first bite…

He demolished what I served him, and he asked for more.

So the verdict is in. There are ways to get your kiddo to try foods they think they don’t like. Make them a little bit differently so they don’t recognize them and call it something different.

This Almond fruit dip is sure to be a hit among your entire family! 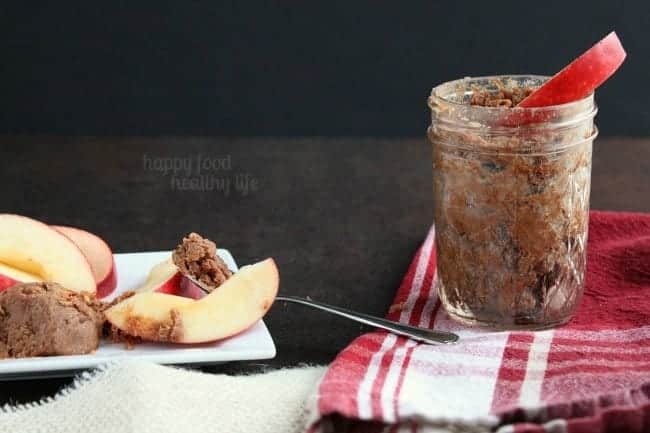