If you are looking for a cooking that will get you in the mood for harvest weather, these Cinnamon Chocolate Chip Cookies (with the option of sandwiching them with pumpkin buttercream) are the answer! 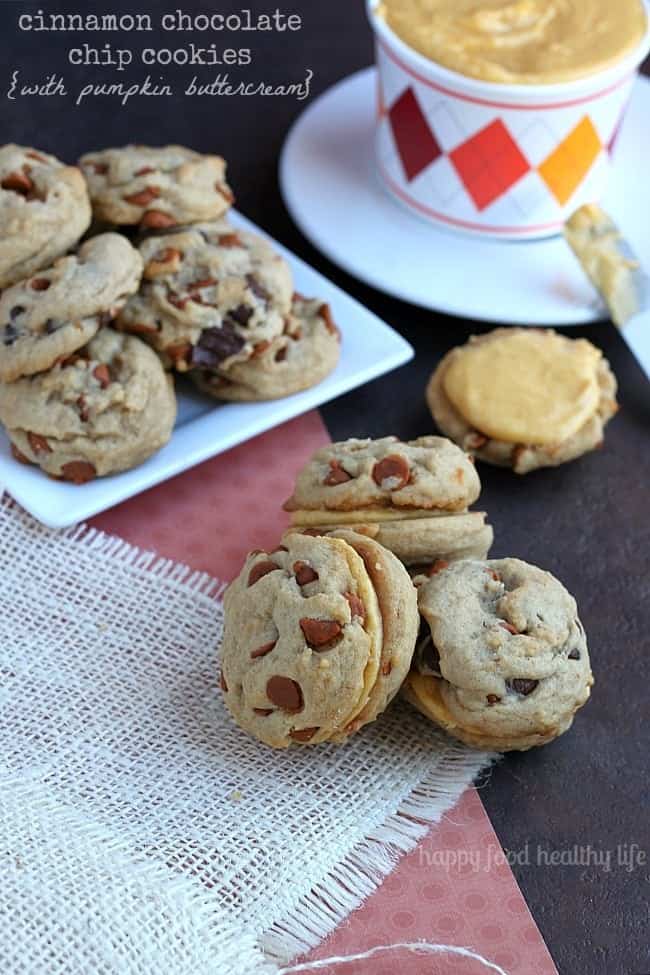 There is truly not a more comforting food than warm cookies on a fall day. Well, except for grilled cheese, chili, brownies, cornbread…

Okay, but really. That first pumpkin-y harvest-y dessert when the chill hits. That slight chill that just makes you want to stay in the kitchen all day and bake things that smell like autumn spices. That scent that has your kids and your spouse wandering in sniffing their ways to the kitchen wondering what sort of magic you are making.

Here’s the thing. I’m not 100% ready for pumpkin. But I’m ready for cinnamon. And apples. And caramel. Those earthy warm flavors that just get you warmed up for the season. And that was why I made the pumpkin sandwich cookie an alternate option. If you’re not feeling the pumpkin either, these cookies are mighty fine on their own.

In fact, that’s exactly how my pumpkin-skeptic-son has been enjoying them. One by one. In the mouth and down the hatch. I think somewhere in there, I hear a “mmm… sho ghood” between mouthfuls. 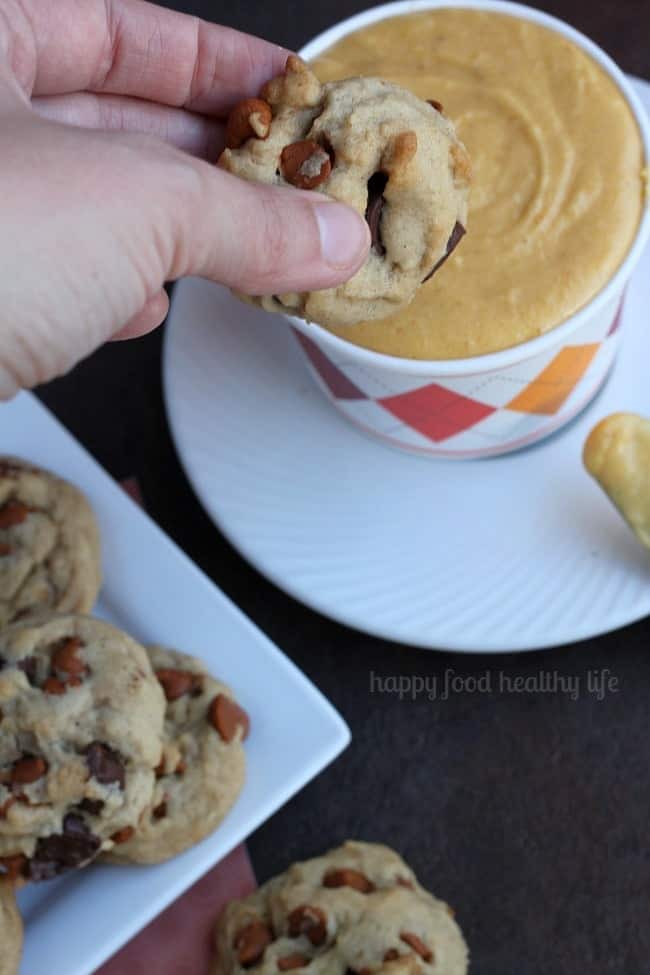 Speaking of my son. In the last couple of weeks, I have had some opportunities to talk about and mentally relive an experience I had with him when he was two years old. It was a mama’s worst fear. My sweet little guy was very sick with an incredibly rare disease called Kawasaki Disease (yes, like the motorcycle. no, not related). I won’t get into the nitty gritty of it, but we were very scared parents and weren’t really sure how things were going to turn out. He ended up developing a heart aneurysm and required a whole heck of a lot of medications to get better.

Having a sick child in the hospital for five days was absolutely horrible. It was literally the worst thing I have ever experienced and often have flashbacks to those days of the unknown. Why am I telling you this? Because I don’t want other parents to have to go through what I did. No, my Xander didn’t live with cancer like so many children do. But I got a taste of feeling helpless and scared in just that short amount of time. I don’t want other parents to have to endure that pain.

OXO has created a campaign, Cookies for Kids’ Cancer, where they will donate 25 cents in support of pediatric cancer research for every stickered item sold. Look for specially marked OXO products at participating retailers. This is what the sticker looks like: 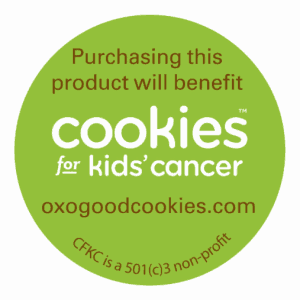 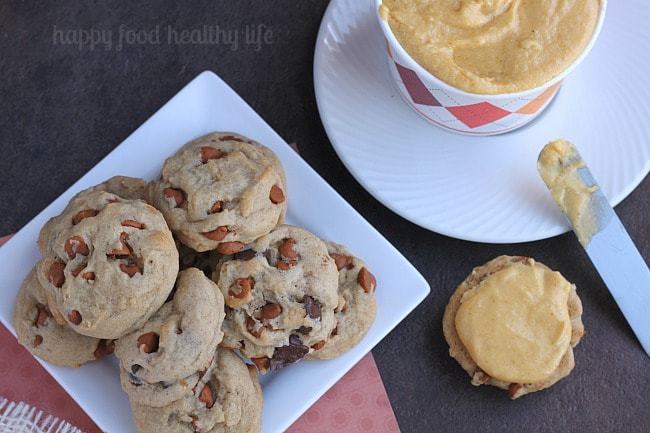 So with that being said, I hope you will pick up some amazing OXO products, bring them right home, and whip up these amazing cookies. My family can’t stop eating them, and my son got sad when I said I was going to share them with my co-workers. (which resulted in me leaving them at home for him to enjoy….)

I also made a batch with only cinnamon chips, no chocolate, and the results were also delicious in a different way. Either way works, depending on your preference. 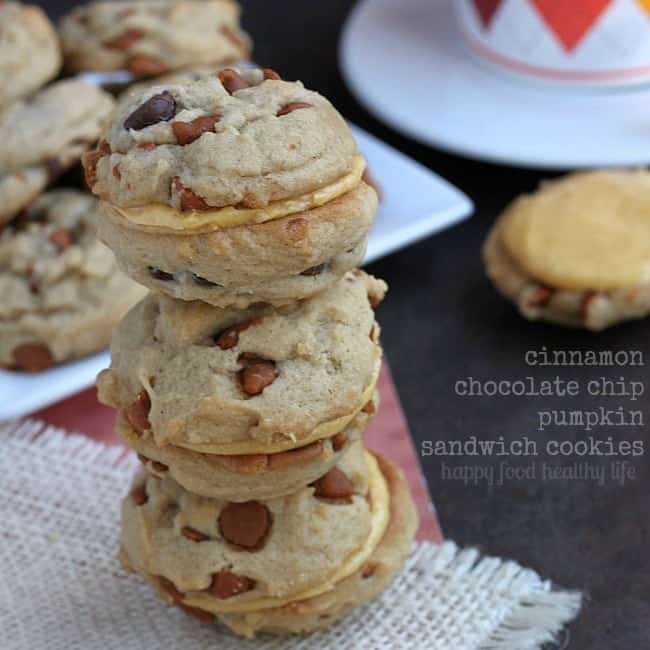 I have received products from OXO for this post, although opinions are all mine, as always!

We're full on in Holiday Mode over here. Christmas